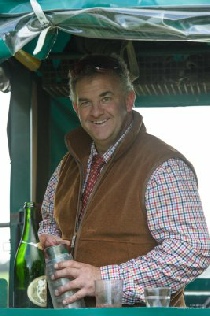 John "Charlie" Farley has been involved in training for over 25 years, with work for the Home Office amongst his clients. John has run his own shoot and shooting syndicates in Hertfordshire for many years, only closing the shoot due to the workload of his professional coaching activities.

He has shot clay targets at county and national standard. His services as a professional loader and coach are regularly employed by game shooting clients during the shooting season throughout the length and breadth of the country.

John's reputation is respected by many prestigious shooting estates and he has many contacts, which enable him to facilitate single or parties of guns to shoot at locations which might otherwise be unavailable.

He has been directly involved in shotgun coaching for in excess of 20 years, gaining his first formal qualification in 2002 (BASC Shotgun Coaches Award) and then the CPSA Instructors and Level 2 Coaching Awards.

He holds the NVQ A1 assessors award and is involved in the mentoring of coaches aspiring to reach the recognised coaching qualifications. He is also a member of ICSI.

John believes that correct gun fit is something that is much overlooked by the majority of coaches and shooters alike.

He is a fully qualified and certificated APSI gun fitter, and has close ties with a vastly experienced gunsmith who undertakes the bespoke alterations on behalf of the school.

John possesses an Enhanced Disclosure Certificate issued by the Criminal Records Bureau, allowing him to work with children and young people. He is also a member of Sports Coach UK (the national register of sports coaches).

As a keen countryman, John has owned and trained a number of gundogs over many years; including various breeds such as Labradors, Cocker Spaniels, and even an Italian Spinone, which he used for tracking, indicating and locating shot deer.

He has represented the Countryside Alliance as Deer Management Advisor at many  local and national level events.

John is also a keen fisherman - when he has the time; both game and coarse fishing are among his passions.

All Sayes Park additional coaches/instructors have been mentored by john before attaining their individual qualifications and coaching at Sayes Park. 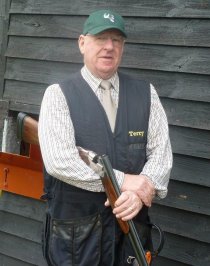 A CPSA level one instructor, BASC Coach and an elected member of APSI.